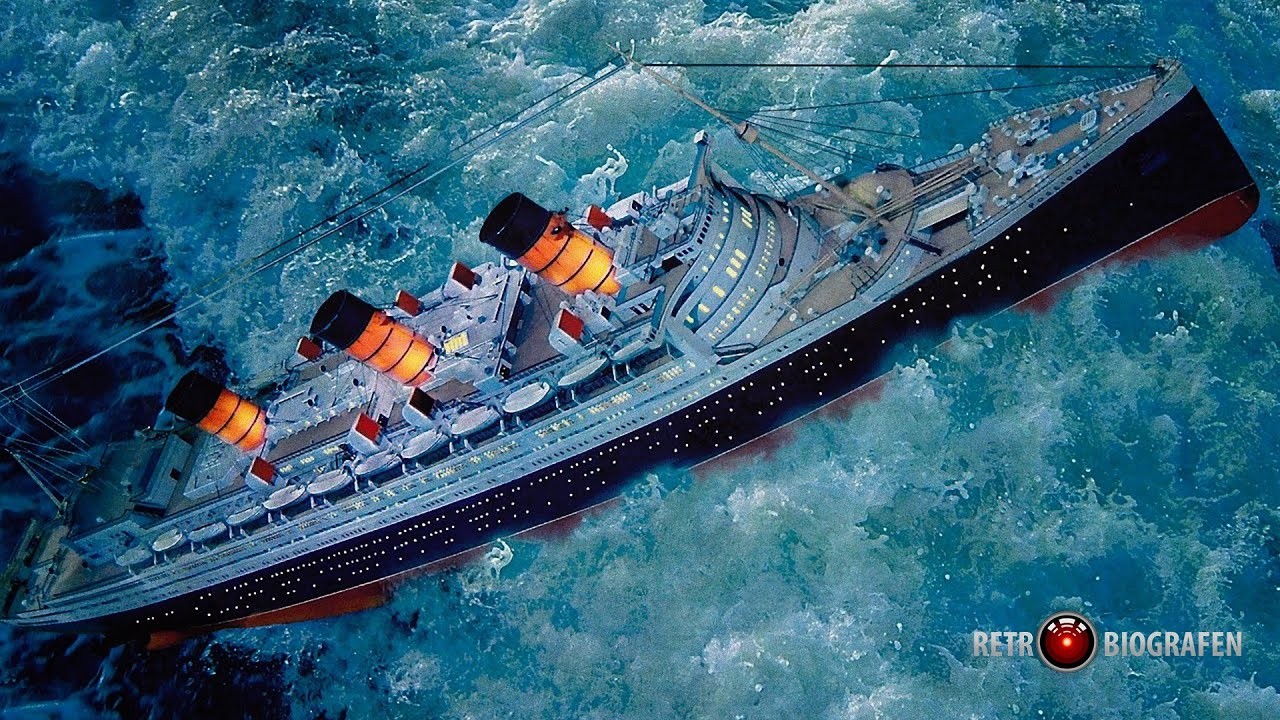 Those of you who remember the film are probably of a certain age; those who don’t – congratulations!

If you are interested in vessel operation or ownership, or your business is connected to funding transport on our rivers, seas and oceans then get yourself a cup of tea, sit down and read on. Why? Because the messages below should be at the heart of your strategy and prominent on your board’s risk register.

The 1972 film featured the hapless passengers on a cruise ship that had been hit by a tidal wave. Fast forward to now and the shipping industry is about to be hit by another shock which promises to have a similar impact to that which followed the 2008 financial crash. The difference here is that the vessels that are laid up as a result won’t be sitting waiting for their market to return, they will be in a queue at the recycling yard.

I’m a big supporter of the Maritime Industry, but I have to admit that despite lots of valuable initiatives and changes it has, to a large degree, had its head in the sand about the challenges presented by the climate crisis. When I hear shipping executives quote statistics to show how much more carbon friendly per mile shipping is by comparison to road transport, I can’t help thinking of Nelson holding his telescope to his blind eye to avoid having to obey orders he didn’t agree with. We all know that shipping delivers the majority of freight moved around the world, so we can’t escape the fact that it is absolute, not relative measures that are important. The global maritime shipping sector emits significantly more CO2 than Germany, Europe’s largest economy.

Of course, all of this could be dismissed as the soap box ranting of a climate change activist, but changes in legislation and funding criteria are happening NOW and, as a result, the shipping industry needs to wake up and start making real and fundamental changes. I say this from a strategic stance, not just from an environmental one.

In June of this year, 11 shipping banks announced they were signing up to the Poseidon Principles (https://www.poseidonprinciples.org/ ). This is a major step in driving a significant reduction in greenhouse gas emissions from the maritime sector. The 11 founding signatories represent approximately $100bn of funding to the sector. This isn’t the corporate and social responsibility team going wild, this is driven by cold business facts. The banks have learned the hard way that when vessels aren’t able to operate then their loan books are worthless. Just look at how many of the big lenders from 2006 have now left the market altogether, having taken huge hits on their loan books.

$100bn is a massive number, but it only represents around 20% of global vessel funding. BUT even if your funding comes from somewhere other than these banks, don’t think that your funders and investors will ignore the hard-commercial realities about the need to futureproof their underlying security.

In July, the UK Government published its Clean Maritime Plan which focusses on linking the 2050 net zero carbon targets to the maritime sector. The UK may be leading the world in its carbon ambitions, but it certainly isn’t alone in seeking major change. Others will follow and, one way or another, ships based in, or visiting the UK, will have to comply with UK government regulation. This is another reason why the bankers are focussed on the environmental performance of their loan books.

Senior executives shouldn’t think that this is a problem for their successors. The reality of the shipping world is that 2050 is already close to one new ship’s lifetime away. Given that these major changes won’t all come into force in the year 2049, the industry needs to ask itself what it is doing to change the design of today’s new ships to meet the changes. None of us know the precise shape of the new regulatory regimes, nor do we know the technology solutions that will be available to aid compliance. SO, the fundamental principle must be to build in options for retrofit and not ‘merely’ to come up with a tight design to match all of today’s requirements.

Just as importantly, what is being done to ensure that the operating life of today’s vessels isn’t brought to an abrupt and unplanned end? It’s not all about new builds. One small example is the marine traffic on the River Thames. It would be naïve to assume that the low emission zone exemption currently enjoyed by the river will last. The answer for most of those vessels must be retrofit. The financial and yard capacity isn’t there to replace them all overnight and, let’s face it, scrapping and replacing assets early is not a great environmental solution.

So, if we accept that these changes are happening and that we need to put the issue at the heart of our business strategy what do we actually do about it? If I had the fully surveyed charts showing the efficient and safe route to those solutions, I could be a rich man. We need to be realistic and accept that we are all finding our way. Trying to do that in isolation is a high-risk strategy. Getting the right advice and being part of the debate are two essential components of managing that risk.

The Poseidon Principles are a fantastic start but they aren’t the solution. As the name suggests, they are guiding principles, not a harmonised and easily applied set of measures that put the principles into practice. Defining those measures is the next part of the journey. This means that the lenders and the asset owners/operators need support to get to compliance in a way that works commercially as well as environmentally.

One easy example of blunt measures creating unintended and wasteful outcomes is slow steaming. Surely, the lender’s compliance officer would argue, going slower will use less fuel and must be good for the environment. NOT NECESSARILY. The reality is that a sensibly designed vessel will have matched the most efficient engine performance to the specified service speed. This means that running slow probably means the engines are not running efficiently. Believe it or not, some Masters are running at normal service speed for part of the voyage, then stopping to reduce the overall average speed in order to meet their slow steaming targets. Unfortunately, this sort of nonsense is a typical consequence of fundamental change, but it can’t be allowed to become the norm. We all need to focus on the real objectives and not get into a box ticking mindset.

If all of this makes sense to you then ask yourself these three simple questions:

1.      Is this part of the board’s strategic thinking and risk assessment? If the problem isn’t owned at the top it won’t get the attention it needs. This is NOT just a PR or CSR matter.

2.      Are the right minds being applied to developing the responses? The best answers will come from a group with appropriate regulatory, technical, operational and commercial experience and expertise. Miss out any of these at your peril. There is no point owners and operators making decisions which will be in direct conflict with the BIMCO requirements imposed by the charterer.

What are you doing to be part of the debate? The maritime industry needs to own both the problems and the solutions. Don’t leave it to the IMO and others to sort them out on their own. Rather than say ‘someone should do something about this’ do something, BE THAT SOMEONE.